The average American consumes 2-3 pounds of sugar each week! Given how bad sugar is for our health, that is an extraordinary amount of sugar. How do we eat so much sugar? Well it is usually in the form of table sugar, dextrose (corn sugar), and high-fructose corn syrup are being processed into so many foods such as bread, breakfast cereal, mayonnaise, peanut butter, ketchup, spaghetti sauce, and a plethora of microwave meals.

In the last 20 years, we have increased our sugar consumption in the U.S. by 26 pounds. That is to 135 lbs. of sugar per person per year! Compare that to the turn of the century, when cardiovascular diseases and cancer were seldom heard, when the average person consumed 5 lbs. per person per year!

Our bodies need sugar for energy. The problem is that if we consume too much sugar, the body cannot process all the sugar efficiently, so the excess sugar converts into triglycerides that are either stored as fat or they accumulate in the blood where they contribute to the formation of atherosclerotic plaque.

One of sugar’s major drawbacks is that it raises the insulin level, which inhibits the release of growth hormones, which in turn depresses the immune system. This is not something you want to take place if you want to avoid disease.

An influx of sugar into the bloodstream upsets the body’s blood-sugar balance, triggering the release of insulin, which the body uses to keep blood-sugar at a constant and safe level. Insulin also promotes the storage of fat, so that when you eat sweets high in sugar, you’re making way for rapid weight gain and elevated triglyceride levels, both of which have been linked to cardiovascular disease. Complex carbohydrates tend to be absorbed more slowly, lessening the impact on blood-sugar levels.

A study by U.S. and New Zealand scientists has shown that about 3 million heart-disease-, stroke- and diabetes-related deaths are caused by high blood sugar levels each year world wide; one health author notes that the only way to raise blood sugar is by consuming sugars and refined carbohydrates.

According to Nancy Appleton, Ph.D. there are 146 ways that sugar is ruining our health. The top 10 ways on the list include:

1.  Sugar can suppress the immune system.

2.  Sugar upsets the mineral relationships in the body.

3.  Sugar can cause hyperactivity, anxiety, difficulty concentrating, and crankiness in children.

4.  Sugar can produce a significant rise in triglycerides.

5.  Diabetes is too much sugar in the blood.

10. Sugar increases the risks of many many forms of cancer.

So, apart from reducing the amount of sugar we consume, what other foods can we eat to actually reduce the effects of sugar in our bodies?

Oats is a great source of Magnesium. Oats contain not only a form of fiber known as beta-glucan but also unique phenolic phytonutrients called avenanthramides, which are powerful antioxidants. Studies show that beta-glucan has beneficial effects on diabetes. Type 2 diabetic patients given foods high in this type of Oat fiber, Oatmeal or Bran-rich foods, experienced much lower rises in blood sugar compared to those that were given white rice or bread. Starting out your day with Oatmeal may help to keep blood sugar levels under control the rest of the day. 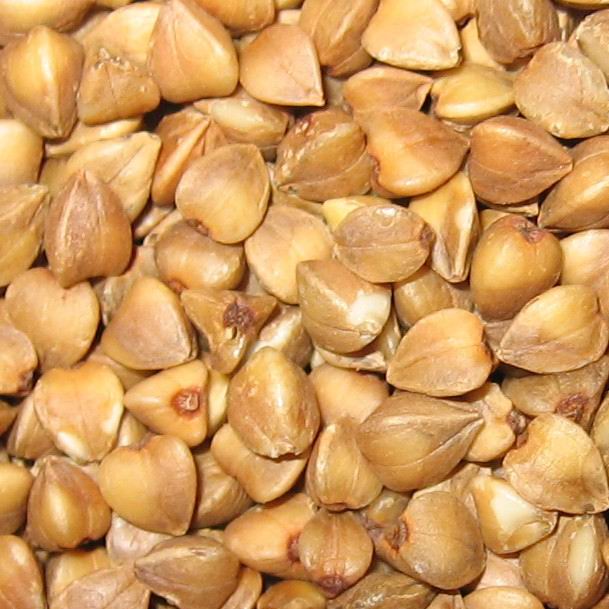 Buckwheat is a fruit seed not a grain. It is gluten free which makes it a great substitute for those that are sensitive to wheat and other grains. Many people cook buckwheat as a substitute to brown rice and it is cooked in a similar way.
The nutrients in buckwheat may contribute to blood sugar control. In a test that compared the effect on blood sugar of whole buckwheat groats to bread made from refined wheat flour, buckwheat groats significantly lowered blood glucose and insulin responses. Whole buckwheats also scored highest on their ability to satisfy hunger.

Buckwheat is a great source of magnesium. In this 8-year trial, involving 41,186 participants of the Black Women’s Health Study, research data confirmed inverse associations between magnesium, calcium and major food sources in relation to type 2 diabetes that had already been reported in predominantly white populations.

Risk of type 2 diabetes was 31% lower in black women who frequently ate whole grains compared to those eating the least of these magnesium-rich foods. When the women’s dietary intake of magnesium intake was considered by itself, a beneficial, but lesser reduction in risk of type 2 diabetes was found, indicating that whole grains offer special benefits in promoting healthy blood sugar control. Daily consumption of low-fat dairy foods was also helpful, lowering risk of type 2 diabetes by 13%. Get the benefits of both buckwheat and dairy by enjoying a hearty breakfast of hot buckwheat topped with low-fat milk and a spoonful of maple syrup.

Chromium is an essential trace mineral for the human body. Chromium is important in processing carbohydrates and fats, and it helps cells respond properly to insulin – the hormone, produced in the pancreas, that makes blood sugar available to the cells as our basic fuel. Foods that are rich in chromium are romaine lettuce, tomatoes and onions!

The chromium, as well as the flavonoid and the sulfur content of onion causes a significant reduction on the level of blood sugar. It also increases the level of HDL. It is believed that it helps to prevent the onset of cancer because of its high antioxidant content. 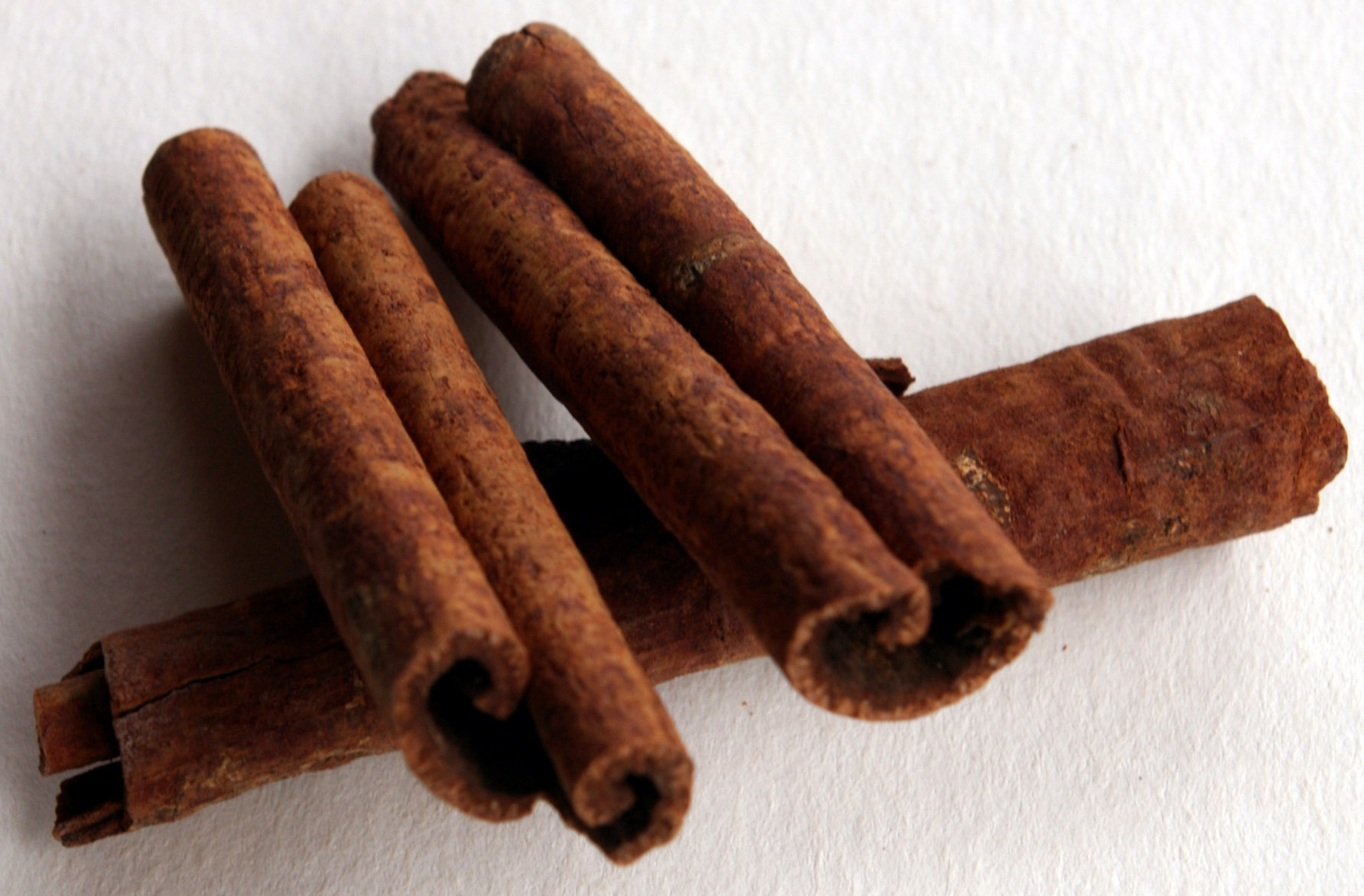 Cinnamon has been used as botanical medicine since 2,700 BC. It’s phytonutrients block inflammation and bacterial growth and it helps to regulate blood sugar levels. Compounds in cinnamon stimulate insulin receptors, increasing cerlls ability to use glucose.

Flax seed is not only rich in magnesium but also in lignans. Both of these components help to lower down blood sugar level. Flaxseed is also a vulnerable source of Omega 3 fatty acids. It helps to control blood sugar levels. An added advantage of flaxseed is that it aids to block the negative effect of estrogen. It also helps to delay and prevent the onset of estrogen related cancers.

It is a healthy substitute of rice for the diabetics. It has cholesterol lowering content that is also found in oats. It also significantly help to lower down the glycemic index of other food items added into it. Barley helps to give the fuller feeling to diabetics.