Everything seems to be organic these days. Everything organic is also a lot more expensive. Have you ever wondered what does that really mean, is it organic and is it worth the extra money?

Some items that are called organic are probably worth the extra cost because they are produced according to strict standards. But the labels on quite a few of them are not worth an extra cent, according to a study of organic food by Consumer Reports, a publication of the nonprofit Consumers Union.

An uninformed consumer can end up paying 50 to 100 percent more for products that are no healthier and a lot harder on the wallet. Recently, for example, I paid a higher price for “organic” salmon. Consumer Reports says there are no standards establishing which seafood really deserves the organic label. “It is misleading,” said Urvashi Rangan, a senior scientist and policy analyst with Consumers Union.

In most states, wild or farmed fish can be labeled organic even though there is no guarantee that it is free from mercury or other industrial chemicals like PCB’s, Ms. Rangan said. (A consumer Web site maintained by the Monterey Aquarium Foundation has more information about which fish are safe to eat at www.seafoodwatch.org.)

Labeling has been a matter of dispute in the organic food sector. In 2002, the Department of Agriculture established standards that foods must meet to be called organic, but last year an amendment was passed to allow 38 synthetic ingredients — including baking powder, pectin, ascorbic acid and carbon dioxide — in some organic products.

Some lobbyists and industry trade groups are fighting this measure. I was appalled to learn that many other organic-sounding, eco-friendly terms — like “free-range,” “cage free” or “pasture fed” in many cases mean very little. A so-called free-range chicken may only spend a few minutes a day outside, at best.

Cage-free “may mean the animal is out of the cage” or it may mean nothing at all, Ms. Rangan said. 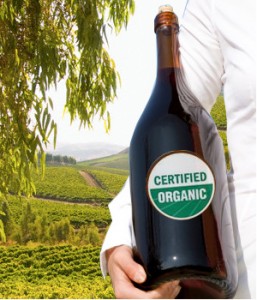 “Consumers may think it means the same as organic, but there’s no significant policing of the term ‘natural,’ ” said Ronnie Cummins, national director of the Organic Consumers Association, an advocacy group. “It’s typically a marketing term.”

These issues are not trivial. Nearly two-thirds of consumers bought organic products in 2005, up from 50 percent in 2004; organic food is one of the fastest growing segments of the multibillion-dollar food industry increasing by about 20 percent a year. Clearly, many people are willing to pay more, but they need to know what they are paying for.

In addition to skipping the organically labeled seafood, you can forget organic cosmetics, “unless most of the ingredients say ‘certified organic,’ ” Ms. Rangan said. “Otherwise, we advise consumers not to pay the humongous premiums we tend to see in that category.”

Paying more for organic packaged foods like bread, cereal, pasta, chips, canned goods also may not be worth the extra money. The more food is processed, the more its original nutrients are stripped away. You might as well buy a mainstream brand and save some money.

Some conventionally grown produce has so little pesticide residue that it does not make sense to pay more for the organic varieties. These include: broccoli, asparagus, onions, corn, avocados, papayas and peas. Also, if you can peel the item, you may not need to buy organic.

WHICH foods are worth the higher price? According to an analysis by the Environmental Working Group, a nonprofit organic research organization, the so-called dirty dozen — apples, bell peppers, celery, cherries, imported grapes, nectarines, peaches, pears, potatoes, red raspberries, spinach and strawberries — tend to have a high pesticide residue, even when washed. These are worth buying organic, as is baby food, which tends to be made from condensed fruits and vegetables.

Likewise, meat, poultry, eggs and dairy products that carry an organic label are free of pesticides, synthetic growth hormones and antibiotics. If a manufacturer does not use the term organic, but says the product is “hormone free” or “does not contain antibiotics,” “those claims are somewhat meaningful,” Ms. Rangan said.

Many of these standards are in flux. If you would like to make sure your organic dollars are delivering on their promise, you can keep an eye on the Environmental Working Group’s site at www.ewg.org or sites maintained by Consumers Union: www.greenerchoices.org and www.eco-labels.org.

So what does the organic label really mean?

Consumers no longer have to play a guessing game when it comes to organic foods. The United States Department of Agriculture (USDA) now has national standards for the use of the word “organic.” Unlike just a few years ago, consumers buying organic products, whether produced in the United States or imported, can be assured that the foods are produced without antibiotics, hormones, pesticides, irradiation or bioengineering. Organic farmers are required to adhere to certain soil and water conservation methods and to rules about the humane treatment of animals.

The USDA now uses private and state agencies to inspect and certify food companies that market organic foods. Small farmers with less than $5,000 in organic sales, such as those selling at small farmers’ markets, are exempt from the certification process but they still must be truthful in their label claims and comply with the new government standards. Individuals or companies who sell or label a product as organic when they know it does not meet USDA standards, can be fined up to $10,000 for each violation.

It is important to keep in mind that the term “organic” does not necessarily mean “healthier.” The USDA makes no claim that organically produced food is safer or more nutritious than conventionally produced food. Consumers will still need to read nutrition labels and make wise selections to maintain an overall healthy diet. Keep in mind that the words “natural” and “organic” are not interchangeable. Only food labeled “organic” designate that the product meets the new USDA organic standards.

When you buying organic foods, look for the “USDA Organic” label. Only foods in the categories “100% organic” and “organic” may display the USDA Organic Seal. Other foods with varying levels of organic ingredients may be labeled as follows:

100% organic single ingredient such as a fruit, vegetable, meat, milk and cheese (excludes water and salt).

Multiple ingredient foods which are 95 to 100% organic.

“Made with organic ingredients”

70% of the ingredients are organic. Can appear on the front of package, naming the specific ingredients.